Bari 5-8 October 2023
International Exhibition of Machinery, Plants and
Technologies for Agriculture and Animal Husbandry
IT EN

The video and photo shoots taken during the initiatives promoted by FederUnacoma may be published in order to document and publicize the exhibition and events on the Federation's websites, as well as on its social media channels and on printed material, such as presentations and brochures.

In any case, the shots and photos will be produced while avoiding any invasion of the personal sphere of the recorded/photographed persons by paying attention to the angle of the photograph/shot (by way of example, avoiding close-up shots, opting for shots taken from the above or very wide shots, which contextualize the location of the event without recognizing single individuals; in the event that the photography/filming also portrays minor subjects, their face will be obscured. Particularly for video recordings, no fragments of conversations between data subjects will be recorded). 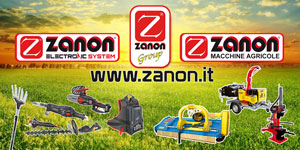