Bari 5-8 October 2023
International Exhibition of Machinery, Plants and
Technologies for Agriculture and Animal Husbandry
IT EN

The chief town of the Region is between the provinces of Foggia and Brindisi. The plains stretch almost entirely along the coast and only briefly touch upon the Murgia Barese. The town is in the shape of a bird with open wings, whose head forms the nucleus of Bari Vecchia, the old town.

Bari was annexed to the Roman Empire in the third century before Christ and over the ages was an Arab Emirate and conquered by Longobards, Bizantines and Saracens. Once the base of the Roman Empire’s fleet for the Orient, the urban structure of the old town is arranged around the catapan court. After the remains of Saint Nicholas were stolen and the homonymous Basilica was built, Bari became a major centre of Christianity and a convenient place the Crusades could leave from and return to from the Orient.

Ruled by Normans, Angevins, Aragons and the Spanish, the town first expanded outside of the old one in 1813 when work started on the new town.

Not to be missed

Important monuments in town include the Basilica of San Nicola, housing the remains of the patron saint, the Romanesque basilica of San Gregorio, the Cathedral of San Sabino and Bari’s Norman-Swabian Castle, built on the orders of Frederick II for purposes of defence.

Places not to be missed in the old part of town are the piazza Mercantile and the Colonna infame, once used as a pillory for insolvent debtors. More modern buildings also worth a visit are Teatro Petruzzelli, Teatro Margherita, Palazzo Fizzarotti and the library of Santa Teresa dei Maschi. There are also many churches on the reefs and hypogeums cut out of the rock and subsoil.

These include: the church on the reefs of Saint Candida, the temple of Saint George and the hypogeum of Madio Diana, the “Jewish” hypogeum. Museums worth a visit: the Archaeology Museum, the Provincial picture gallery, the Civic History museum and the Botanical Gardens Institute.

Definitely worthy of mention are the historic districts, the so-called “Old Bari”, surrounded by the majestic Lungomare Imperatore Augusto – or Emperor Augustus seafront - and the splendid Piazza del Ferrarese.

The views from behind the port are lovely, including the characteristic Piazza San Pietro, the monastery of Santa Scolastica, the buildings of the archconfraternity of San Luca and the Svevo Castle. Important events include the festivities of Saint Nicholas, the patron saint of the town, between the 7th and 9th of May, and the exhibitions at the Levante Fair in the building constructed in the 1930s. 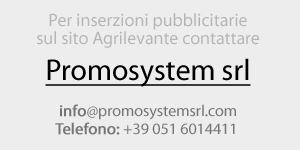